- November 24, 2020
For many, if not most, people, the pandemic has changed how we engage with work, ideas and creative practice. Sara Villa writes from Montreal:

This week I experimented with centos and collages and it felt liberating. This is a cento I wrote accompanied by a collage created using a film still from a movie by Man Ray, the picture of a sky from a magazine and an old map of NYC. 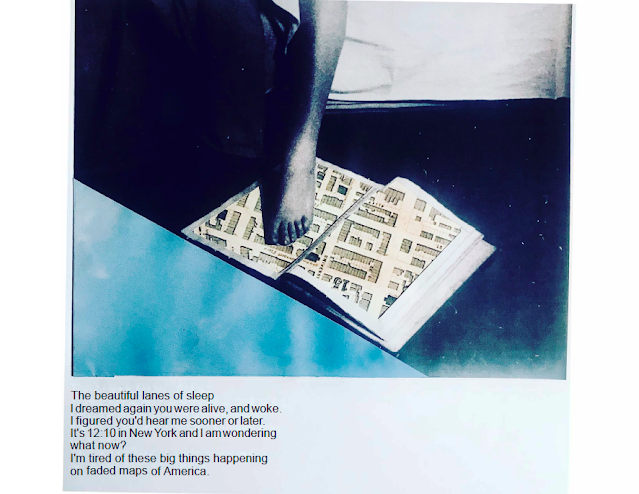 The beautiful lanes of sleep

I dreamed again you were alive, and woke.

I figured you'd hear me sooner or later.

on faded maps of America.

7) Lawrence Ferlinghetti, "The Jack of Hearts"

Sara Villa works and writes in the fields of jazz, 20th-century poetics, and film. Her monograph on the film adaptation of Woolf's Orlando (I due Orlando: Le poetiche androgine del romanzo woolfiano e dell’adattamento cinematografico) is published by CUEM, Milan. Sara is based in Montreal.