Showing posts from April, 2017
Show all

DISPATCHES ON THE WAY OUT THE DOOR: TWO POEMS & A NOTE by DARREN BIFFORD

Darren Bifford HABITABLE EARTH IN LAST ANALYSIS It’s like in a cartoon, all the forest fires Leapfrogging fires. Small civilizations caught In the dirty, say they’re sorry and plead their cases Ad hoc and brilliantly. “Scared as shit” Is my summary. Excuses get you An extra minute. The army is always Dragging the mutilated Corpses of the newest emperor And his son through the streets. It’s no wonder The sky is filled with frogs. Upturned The ocean spills its fish and seashells and sharks. In the old country you could count on fine weather All summer, vernal festivals, voluptuary laws Which sanctioned the General Course of Things. It was a pleasure then, being alive When a fifth of the world was known. The downturn Happens when the knowing is over. It’s like A forgetfulness comes on, a bad cold That you didn’t know you had until recovery Commenced. By then, though, you’re dead, And so it’s the afterlife playing its cards and tricks. You
READ THIS POST » 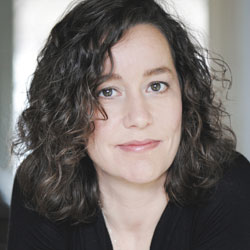 Congratulations to Sandra Ridley, whose marvellous, elegiac collection Silvija (BookThug) is nominated for a Griffin Poetry Prize. Read an excerpt from Vigil/Vestige   *  Find out more
READ THIS POST »
More posts