Showing posts from May, 2014
Show all

A TIME AND A PLACE: IN CONVERSATION WITH TIM LILBURN 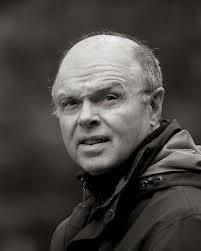 Several poets in this series of conversations have spoken of the importance of witness , the personal as political (and vice versa), and the aim to write about, or from, our times . Here, Tim Lilburn takes the poetry conversation for a walk through a landscape of history, identity and politics. SUSAN GILLIS: What first brought you to poetry? Or, if you prefer, what first brought poetry to you? TIM LILBURN: Tomaz Salamun, the Slovenian poet, and I were part of a large reading at the National Library in Beijing in 2008. I think the conference was called “China and the World,” something like that, so sinologists from all over the globe and Chinese academics were there, giving talks and glad-handing in the massive, Russian-designed, Soviet-era hall. The poets weren’t part of that conference – we had been doing something rather different, discussing poetics and poetry’s relation to a broadly understood politics, in a rural hotel in Anhui Province, a gathering Xi Chuan
READ THIS POST »
More posts