ARLEEN PARÉ ON EARLE STREET AT THE POETRY PARTY

April 02, 2020
Arleen Paré writes from Victoria, BC: I chose this poem because it’s so currently Victoria, a small city where the deer, now prolific, have populated the city’s streets in just over 8 years. An urban population explosion. I wrote it after Steve Collis’ beautiful and serious poem called “Come the Revolution”. I hope the rather light-heartedness of “Come the Ungulate” does not even slightly affront Steve’s really striking and meaningful “Come the Revolution”, which everyone should read at least thrice. 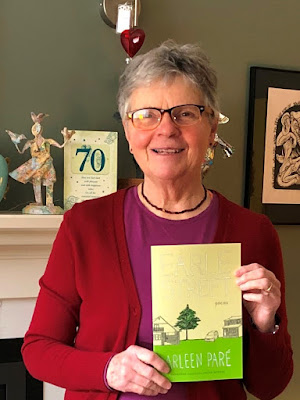