rob mclennan writes: “Five poems for rheumatic fever” is part of a recently-completed manuscript “book of magazine verse,” from which the poem in my new chapbook, Anstruther, a history (Anstruther Press, 2020), also emerges. “Five poems for rheumatic fever” was prompted from a visit my dear wife, Christine McNair, and I made to the Niagara Region at the tail end of August, 2019 for a family wedding, where we ended up in emergency because she didn’t feel quite right. She ended up a week in hospital in Niagara, before being repatriated into the Ottawa General, during which I had to already be home for the sake of our wee girls, one of whom began grade one but a day after she was admitted. 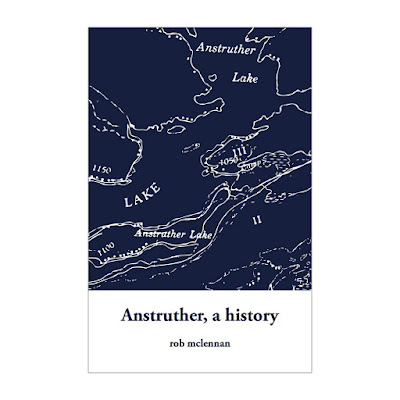 Edwardian, she claims. A breakdown of the heart.

On the Niagara Peninsula, a full day and night
in Emergency; windowless shades of pale tan, fluorescence.

A migraine onset, and this low proportion

continued pressure on the chest and brain.
Eighteen hours in,

admission. The same harmful
workings as a pulse.

and forty kilometres from home.

as silk, and impossible to pin.

for lumbar puncture, talk of meningitis. The evolution
of a complex thing. Warm,

the habit of air, our texts. This quartet
of endurances. A high pain threshold.

in the Katz Scan Room, named for donors
with impeccable humour.

After seventy-two hours in isolation, her results,
a strategy: viral, not bacterial. Repatriation of days

Jennifer Moxley: I can hear nothing
from this shore. 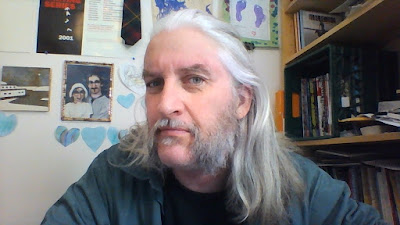 rob mclennan would have read this poem as part of the Anstruther Spring Launch in Ottawa on March 19th, alongside Ellen Chang-Richardson, also launching her own Anstruther debut, with special guest readers Claire Farley and IAN MARTIN. "It would have been totally fun!"
Link to purchase Anstruther, a history (Anstruther Press, 2020): http://www.anstrutherpress.com/#/anstruther-a-history-by-rob-mclennan/