MATTHEW GWATHMEY AT THE POETRY PARTY

March 21, 2020
Matthew Gwathmey writes: Not the last time I traveled to the States but the time before that, I was actually refused entry into the country because I was travelling on a Canadian passport. According to their computers, I was a U.S. citizen (which I am), and thus needed to enter the country on a U.S. passport. The idea of dual citizenship is a foreign concept to the U.S. border guard. Anyway, I was told that I could not enter the great state of Maine until I got a new American passport. I still don’t have one… But it really got me thinking about the arbitrariness of borders, and who can gain entry and who can be denied entry to various spaces. And I have a couple poems about this idea. Kind of. A poem to my sister and a poem to my brother, both of whom still live in the States, both of whom we don’t see as often as we’d like, in part because of the border between us. This is the one to my brother Ben, about a road trip. 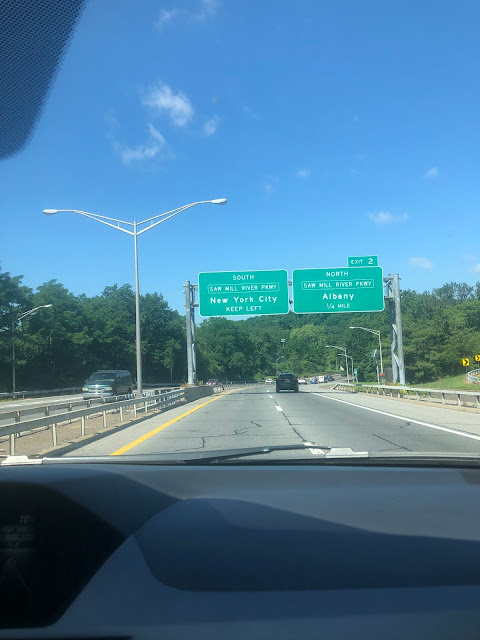 Matthew Gwathmey
As You Approach Sun-Up, a Sharp Burr
for Ben

We’ve crossed borders
and seen the license plate exchange of corsages, state slogans.
Heard the static of washed-out call signs.
From the land of dogwoods
to one peppered with gulls and their shit.
We’ve been thrown away, both of us,
given over to the heyday’s newsmongers,
who supposedly control the parcelling out
of our future addresses.
But at least we’re not
the nocturnal kids
of someone somewhat famous.
There are those who still put their trust in us.
Tunnelling through an ancient wall,
to a glimpse of a river
returning our just desserts,
I see you staring out your side-view mirror.
Look ahead,
like barges, we skim silently by the morning’s wedge.

Matthew Gwathmey was going to read from Our Latest in Folktales at the Virginia Festival of the Book as part of the UVA Creative Writing Alumni Reading with Lulu Miller and Alexis Schaitkin. He was also slated to read at the Art Bar Reading Series in Toronto and at the Novel Idea Bookstore in Kingston with Marlene Cookshaw and Brenda Leifso. Order his book here.