LAURIE D. GRAHAM AND SWEET WATER AT THE POETRY PARTY 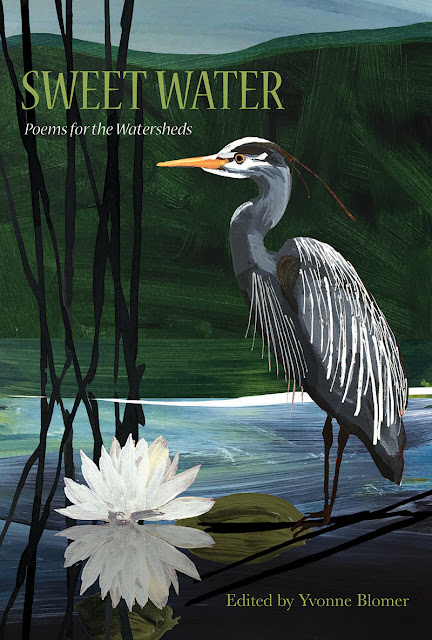 Laurie D. Graham
ANTLER RIVER
Pigeon waltzing the trail on one foot and one little nub.
Mallards and their escaped domestic kin and the bright,
rasping horns of Canada geese in false spring, in glacier-
turquoise water. Hundreds and hundreds of sharps sinking
into the banks. Nests of clothes. Tents. Tarps. Broken trees
helped down the banks with chainsaws. Water rainbow-slicked.
The salt-spackled ground. The farmed transplants, the white-
bread crumbs. Up the bank: courthouse, hockey arena,
brutalist government tower, city museum, wind.
Down here, the fork in the river. The sacred.


Laurie D. Graham's poem is from Sweet Water: Poems for the Watersheds, edited by Yvonne Blomer. Republished with permission from Caitlin Press. The anthology was meant to be launched March 18, 2020, at Munro's Books in Victoria, BC. The launch was cancelled. Copies may be ordered direct from the press.