THE TUNE THAT LIFTS: ANNE ARCHER ON PATRICK KAVANAGH 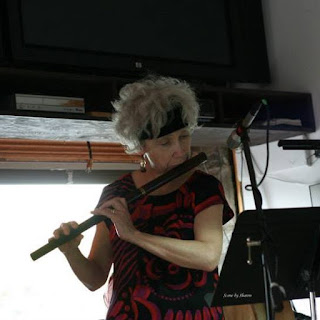 A few months ago, on a whim or perhaps a nudge from the cosmos, I spent a morning listening to various versions of On Raglan Road, a poem by the 20th-century Irish writer Patrick Kavanagh, set to The Dawning of the Day, a 17th-century tune attributed to Thomas Connelan. 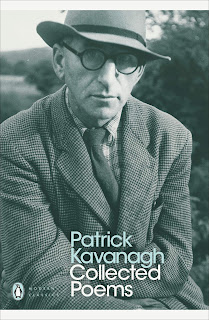 At first hearing, the narrative seemed familiar—a ballad of unrequited love in which the lover knows from the start that the love is doomed. He predicts that the beloved's 'dark hair will weave a snare,' and hopes that his impending grief will be ephemeral and passing, 'a fallen leaf at the dawning of the day.' Shades of Down by the Salley Gardens, I thought. Though we never hear directly from the object of the speaker's affection, I assumed that, like the beloved in Yeats's ballad, Kavanagh's dark-haired girl bids him 'take love easy, as the leaves grow on the tree.' Whether 'young and foolish,' as in Yeats's case, or reputedly old and jaded, as in Kavanagh's ballad, both speakers love 'too much,' and hence forfeit happiness. Same old story, case closed.

Well, not quite. There's a quirk in Kavanagh's poem that continues to puzzle and haunt and intrigue me. On Raglan Road veers from -- or rather, off -- that 'old high way of love' (pace WB). Unlike Yeats's lover, who is 'full of tears' at the end of the poem, Kavanagh's speaker is ostensibly more relieved than rueful. In fact, he had almost made a fatal mistake, and acknowledges: 'That I had wooed not as I should a creature made of clay--/When the angel woos the clay he'd lose his wings at the dawn of the day.' Hmmmm.

The lyrics seem to suggest that the beloved, who is made of clay, is earthbound, and, well, common. The lover, on the other hand, is not only an 'artist' who has 'known the true gods of sound and clay,' but an 'angel,' apparently godlike. The lover’s lack of humility here is matched by his petulance in the penultimate stanza: 'I gave her gifts of the mind I gave her the secret sign.' Oh, you silly girl, the speaker seems to crow, for who indeed could resist, not just poems, but 'the secret sign,' an unfortunate phrase which is akin in my mind to a misplaced masonic handshake? How very Henry Higgins!

And yet, the tone in the various sung versions is anything but arrogant or spiteful or malicious. In fact, it’s hard to pin down, possibly because there is a general clumsiness to the poem that endearingly undercuts the denouement. Not only is the syntax convoluted in places—try singing the lyrics, and you don’t know where to put the emphasis—but some of the rhymes are obsessive and throwaway. 'Too much' is paired with 'such and such,' and the line, 'The Queen of Hearts still making tarts and I not making hay' is both arresting and silly. Here is the heart of the poem, so to speak, according to my band mate, Shane Dunne, and I see his point: I am moved by these images even as I cringe.

Not long ago, my group, The Kingston Ceili Band recorded On Raglan Road. We had just received some bad news about one of our fiddlers, and as a way of coping and of honouring our mate, we made music. Perhaps it was the sense of impending loss that made me hear the song differently.  I was struck, not by the poem’s flaws and inconsistencies, but by its beauty. The specificity of place -- 'On Raglan Road on an autumn day' and 'Grafton Street in November' -- acts to ground and transform the poem’s raw, complicated emotions. And Kavanagh meant the poem to be sung: the exquisite tune that he had in mind during the writing of the ballad lifts and shapes and releases his creation.  Have a listen… 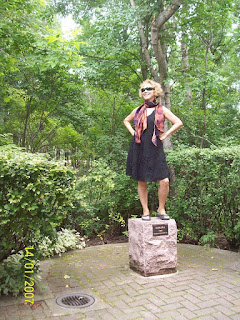