Cascading Questions: Tanis MacDonald on Ascension and Decline in MOBILE 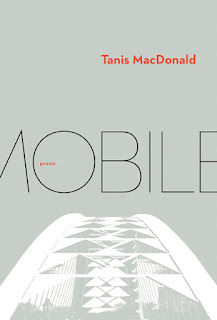 Susan Gillis: Reading Mobile, I can really hear the music in your language and feel the vitality of the characters. What I also find remarkable is the tender ferocity that runs through your poems. The Sybil elegies, the Jane poems, the irreverent and truth-telling bluestocking series – all have this candour that doesn’t shy from toughness, a frankness that’s also playful and caring.

The image that keeps coming up for me as I think about this question occurs early on, in Elegy 4 of the Sybil elegies: the statue of the crucified woman on Philosophers Walk in Toronto. The poem asks, is she “rising or hanging, ascending / or dying?” This feels like a central question in the book. Does it have an answer? Which things, people, situations are ascendant and which are in decline, dying even? Or maybe, in what ways are the same things ascendant and in decline?

Tanis MacDonald: I love this question; thanks so much for your careful attention to the book.

I’ve titled it Mobile because I wanted to examine women taking up public space, beginning with what it could mean for a woman to move through the city of Toronto as she moves through difficult mental and emotional spaces. Writing Mobile was a long engagement with a cascading series of questions about strength and vulnerability. Because the first section of the book is, in part, an homage to the work Dennis Lee did in Civil Elegies, I wanted to feature a piece of public art depicting a woman made by a female artist in order to echo the way Lee’s speaker looks at Henry Moore’s “Three-Way Piece No. 2” – known more colloquially as “The Archer” – in Nathan Phillips Square. After looking at the sculpture of Almuth Lutkenhaus’s “Crucified Woman,” one of the male characters in Mobile mocks the protagonist with “I’ll bet you think that’s feminist”; while the Sybil character just growls back at him because that’s who she is, my own answer to that taunt would be more like “I think it’s complicated. Don’t idea-shame me; I’m still thinking.”

I can’t say what Lutkenhaus herself intended, but I know that the multiple ambiguities of reading that sculpture have made it controversial from its installation. The sculpture appropriates the Christian crucifixion to suggest the divinity of the woman, but we also get a whiff of criminality
in this public punishment. And it’s a naked female body, so we need to ask if the suffering is sexualized. Possibly. There’s nothing new about sacrificing a woman’s body – in real life or in art – and calling it erotic, but on the other hand, there is something subversive about a female artist pointing it out publicly, suggesting that this kind of looking is central to our understanding of crisis and a problem rather than incidental or violently titillating. How do we write female brokenness and our grief about that brokenness? For a brief look at the controversies surrounding Lutkenhaus’s “Crucified Woman,” I suggest Susie Guenther Loewen’s “Missing the Crucified Woman”: https://canadianmennonite.org/blogs/susie-guenther-loewen/missing-crucified-woman

Re: the currents of ascension and decline in Mobile – isn’t it always so tempting to aim for resolution? The Sybil speaker rises up at the end of the first section to declare her refusal; Jane descends from her “successful” life to find dignity and solidarity, which is ascension of a kind. But being caught between states is vital in Mobile: Jane declares herself to be finished with capitalism only to find that capitalism isn’t finished with her; the narrator of the Sybil section tries to grow to a powerful womanhood while knowing that she’s living under a constant threat of violence. These “between” states aren’t static if you are living them. On the contrary, they can feel volcanic, but they often appear stilled or arrested to outside observers.

Thinking of what it might mean to be ascendant and in decline at the same time, I can’t help but think of the violent backlash against feminism that we are seeing now as more brave people speak out about sexual violence. We are hearing more horrific stories and with them, also hearing more voices denying these stories space. I feel very aware of the circumstances under which a female-identifying person can be “crucified” – socially, professionally – for speaking out against violence, for speaking up in allyship, for pushing back against racism, sexism, or classism. There’s an ongoing fight to move and stay moving in this book, not to be felled by violence or economic circumstance. Sometimes that means that we have to sneak up on ourselves to get a good look, as I write in “Glory Fabric.”

TM: Teaching is inspirational work, and it’s pretty clear to me that I wouldn’t still be a writer without my teaching practice. I am happy knowing that writers I taught are out there writing poems and stories and plays and knocking it out of the park, getting national recognition. I always find hope for the possibilities of writing about complicated histories and ideas by seeing the many ways other people try it. My last book, Out of Line: Daring to be an Artist Outside the Big City, published by Wolsak and Wynn in 2018, is about this kind of connection and influence, among other things. I think my favourite pedagogical moment is also a writing practice moment; I will teach a method or a form and then hear the many ways people will express their surprise that such a thing is possible, with some variation on “I didn’t know you could do that in a poem.” My reaction, after saying yes to them, is to say yes to myself. And then, with any luck, I sit down and write what I thought of.

After writing so much about urban spaces in Mobile, I am at work on a book of essays about “walking while female” in less cultivated spaces, and I have been inspired by some of the non-fiction by thoughtful essayists who take up difficult addresses of embodiment, history, and the politics of place: Mississauga Nishnaabeg writer Leanne Betasamosake Simpson’s Islands of Decolonial Love; Ariel Gordon’s Treed and Daniel Coleman’s Yardwork, about forests in Winnipeg and Hamilton, respectively. For me, Cree painter and performer Kent Monkman has the wit and political savvy that Canada needs to pay attention to right now. I also seek out work written by settler writers who engage responsibly with Indigenous history and contemporary presence in the places that they live, like Coleman’s book does. For poetry that does this, Rita Wong’s undercurrent, Christine Stewart’s Treaty Six Deixis, and Laurie D. Graham’s Settler Education are books I keep returning to. 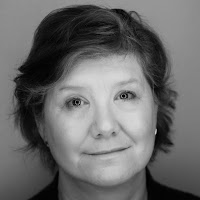 Tanis MacDonald is the author of Out of Line: Daring to Be an Artist Outside the Big City and the co-editor of GUSH: Menstrual Manifestos for Our Times (2018). The Daughter's Way was a finalist for the Gabrielle Roy Prize in Canadian Literary Criticism. She received the Bliss Carman Prize in 2003 and the Mayor's Poetry City Prize for Waterloo in 2012. She has taught at the Sage Hill Writing Experience, and won the Robert Kroetsch Teaching Award from the Canadian Creative Writers and Writing Programs in 2017. Originally from Winnipeg, MacDonald now lives in Waterloo, Ontario, and teaches Canadian Literature and Creative Writing at Wilfrid Laurier University. Mobile, among other things a feminist reconsideration of Dennis Lee's Civil Elegies, is forthcoming from Book*hug in Sept 2019.
elegies feminism public art Tanis MacDonald walking