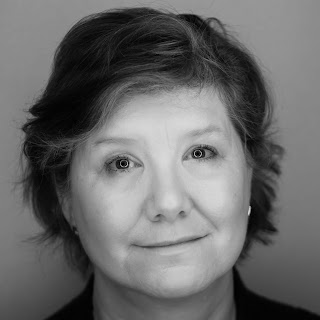 Word-hoard, lone-wolf, stormcloud, throw: Tanis MacDonald on four paths that brought her to poetry -- and poetry to her.

I was a reading kid, a memorizing kid, a reciting kid. I learned to read with oddly Victorian books: Alice’s Adventures in Wonderland, Stevenson’s A Child‘s Garden of Verses, an illustrated Grimm’s Fairy Tales as big as a phone book. I suspect that my grandmother’s educated friends bought these books for me. I know that my parents didn’t, though they read them to me night after night until I was old enough to read by myself. Each of these books, and the other book I heard read aloud in the first few years of my life, the King James Bible, used incantatory and repetitive language. Words crowded into my head and stuck.

To this day, I have a strong aural memory and sensitivity to sound. If I quiet my mind enough, smooth down the shoutiness of the day and just listen, I can hear a voice in my head that speaks poetry nearly all the time. This is not an auditory hallucination so much as it is what I think of as the underlying babble of consciousness. I never took creative writing courses at university; I was in a big rush to graduate and move thousands of miles away, and I was a bit suspicious that creative writing courses would interfere with the good thing I had going on in the privacy of my mind. So taking my first poetry writing workshop was a trip to another planet.

Prose was someone else’s language for a long time. I wanted a way to refer to everything I didn’t read about. Poetry seemed like a private language that was public, and eventually, a public language that was private. Poetry gave me the chance to bring together the consonances I couldn’t make sense of but also couldn’t ignore. Somewhere along the way, I decided that language belonged to me. There were people along the way who said yes keep going but my beginnings were modest, and mostly my practice still is.

Beginner writers often ask me how I started, looking for practical ways to think of themselves as writers. So it’s important
to say all the things I didn’t have and became a poet anyway. I didn’t have a mentor, or the encouragement of someone powerful in publishing, or an MFA. I didn’t have a family member who was a practicing artist of any kind. I also had no standards to live up to and no one to especially care what I wrote or why, and that is a certain kind of freedom.

My lone-wolf literary existence suits me in many ways: some by choice and some by circumstance. I live in a small city that is beginning to find its feet through the work of a new generation of artmakers. I’ve had a front-row seat on the highs and lows of that kind of development, all while being a public writer and a private person. Some of the people who are making the public scene in Kitchener-Waterloo were my students five or ten years ago, and I think my contribution has been, mostly, the fact that for the last fourteen years of teaching I have stood in front of 120-200 strangers every four months and called myself a writer. Many of those strangers thought “who cares?” but I’m not doing it for the majority.

I started writing poetry because it was impressionistic and weird and a bit mysterious: a lens in front of a screen behind a veil in a stormcloud. It made sense only when you looked at it from all sides. It used language that revealed its opacity. There is no question that feminism became important to me as soon as I started to write seriously, because the patriarchy hates a young woman who takes herself seriously.

Theatre training was an unexpectedly great incubator for poetry. Poems are personae or tiny one-act plays; every utterance is important. My theatre training placed an emphasis on letting the audience work to make meaning from the text as performed, so I was lucky – I got to skip a beginner’s step in poetry, though I didn’t understand that until much later. I arrived at poetry thinking that my voice ought to be bigger than I was, a legacy of my apprenticeship in the theatre, where I had absorbed the lesson that I was dull but characters were endlessly fascinating. Not a bad lesson, all things considered.

The April I turned ten, I suddenly understood how to throw a baseball. I felt that physical knowledge in the line of muscle down my shoulder into my arm to my grip on the ball now releasing with alarming speed and accuracy. It may have been tipped off by something my father said – use your whole arm, or follow through – advice that made no sense until suddenly it did and I was hitting the small target of his glove over and over. I came to poetry like that. We should all say the ordinary about our origins. I came to poetry with a good deal of puzzlement. I wasn’t a prodigy. I wrote without thought to publication. I came to poetry with no expectations; I stayed because I had created a space for poetry in my own head that wasn’t easily shaken. 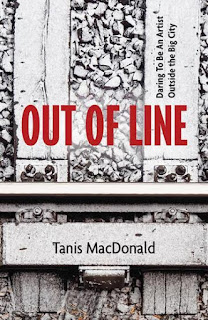 Tanis MacDonald is the author of Out of Line: Daring to Be an Artist Outside the Big City and the co-editor of GUSH: Menstrual Manifestos for Our Times (2018). The Daughter's Way was a finalist for the Gabrielle Roy Prize in Canadian Literary Criticism. She received the Bliss Carman Prize in 2003 and the Mayor's Poetry City Prize for Waterloo in 2012. She has taught at the Sage Hill Writing Experience, and won the Robert Kroetsch Teaching Award from the Canadian Creative Writers and Writing Programs in 2017. Originally from Winnipeg, MacDonald now lives in Waterloo, Ontario, and teaches Canadian Literature and Creative Writing at Wilfrid Laurier University. Mobile, among other things a feminist reconsideration of Dennis Lee's Civil Elegies, is forthcoming from Book*hug in Sept 2019.
Conversations place Poets & Poems Tanis MacDonald theatre