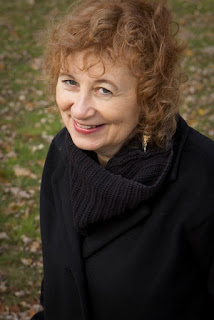 Jane Kenyon’s “Having it Out with Melancholy,” from her 1993 collection Constance, is  one poem I’ve never forgotten. It opens with the narrator as an infant, depression (the personified Melancholy) waiting “behind a pile of linen in the nursery”:

... you lay down
on top of me, pressing
the bile of desolation into every pore.

And from that day on
everything under the sun and moon
made me sad—even the yellow
wooden beads that slid and spun
along a spindle on my crib ...

I only appeared to belong to my mother,
to live among blocks and cotton undershirts
with snaps; among red tin lunch boxes ...

Kenyon’s skill is evident throughout the poem. In the excerpt here, there’s the horrific opening metaphor; the great concrete details; and, for a precise example, her use of both enjambment and sound tools to turn “yellow” into a link between the sun and the spinning beads.

But what makes this poem stand out for me isn’t the poetry per se—it’s how Kenyon put poetry to work to serve a documentary purpose. She showed us (only partially, of course; but for me, at least, indelibly) what clinical depression is, and how monumental.

When I first read “Having it Out,” a close friend had just been hospitalized with depression, and a neighbourhood acquaintance had committed suicide because of it. So I’d been reading, thinking and talking about it. Then, in a mere five pages, Jane Kenyon increased my understanding at least tenfold. Poetry can do this sort of thing, but seldom gets credit for it.

Knowing that Kenyon struggled with depression, I celebrated her audacity in talking back to it, “having it out.” Thanks to pharmaceuticals, the narrator “come[s] back to/ marriage and friends” and to her “desk, books, and chair.” But she knows the reprieve is temporary: “Unholy ghost,/ you are certain to come again.”

I’m sure Jane Kenyon didn’t triumph over depression in her life. (Who does?) But in this poem she did. By exposing Melancholy and letting her readers watch it in action, she brought it down a notch. That’s another reason the poem stands out for me. What a strong sense of connection that gave me, as a reader. How moving, to have taken part.

Sue MacLeod’s most recent book of poetry is Mood Swing, with Pear (Signature Editions, 2016). She is also a Young Adult novelist.

Jane Kenyon (1947–1995) was born in Ann Arbor, Michigan, and lived for many years in Wilmot, New Hampshire, with her husband, the poet Donald Hall. She is the celebrated author of four books of poems, as well as Otherwise: New and Selected Poems (1996).