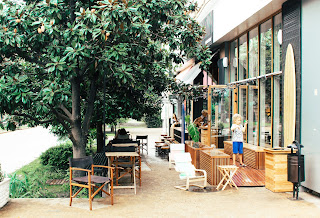 There's a moment in Louise Glück's poem "In the Plaza" (A Village Life) when time slows almost to a stop. The poem-speaker is contemplating a man who is looking at a woman. The woman is unaware of being watched and admired. She is perfectly herself, absorbed in
whatever small thing she is doing.

But he hopes this will not happen immediately

Glück offers up this period of time -- days? weeks? -- like something stable, something objective and physical that we could examine. Desire and innocence, normally fluid, are pinned to it.

It gives me chills. But they're nothing like the chills the poem's last lines drop on me, when in the speaker's imagining -- after the time of watching, after the man and the woman become lovers, after the woman withdraws, as the speaker (firmly lodged in the man's imagination) predicts she will, into "that private world of feeling women enter when they love," loses herself -- the woman becomes


in that sense, so little use to him
it hardly matters whether she lives or dies.

In contrast to this species of (as I read it) breathtaking callousness, Sue Goyette holds up a moment of compassion in the poem "Persist" (from outskirts).

A boy has run into the street and is nearly, but not, hit by a car. The stopped-time unfolding of the driver's wild imaginings is one of the best illustrations I know in contemporary poetry of a mind in a split-second of pressure.

Forgive this enterprise of engine and fuel...The beast in my
hands has escaped and gone feral. Listen to me blame the weather ...
Are you the child chosen to draw satellites ... to draw water ... Or do you
simply draw the level of video game that is the present challenge?

Later, the driver recalls the boy's face and the way he looked at her "in that second. The joy" of seeing his father across the street, "slurred with sudden panic" when he sees the car. The remembered movement of a face is seen as though through a lens: slowed down, filmy, "slurred." It astonishes me, no matter how often I read this poem.


A Page from My Notebook Louise Gluck Sue Goyette time