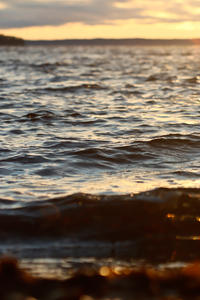 
At the point where individual talent breaks down
through the clouds, and intersects tradition with a flash,
T.S. Eliot is there in the flesh
exposing himself
to the hollowness of language.

Using words good, a linguist on the lake
howls at the smoky shore
until the author of The Waste Land appears
adjacent to the mud hut,
his cape of lightning flapping.

Hitting high and low notes nice
in the hut’s northeast corner,
two singers caress the sin tax
their lyrics owe to Prufrock.
Like Satan in his cathedral,
T.S. Eliot is other people
nobody’s him.

A pandemonium of subterranean caverns
flap and deflate at the whims of Eliot,
who spread verbal misdemeanors like mozzarella,
who fills awkward silences like saints fill days on the calendar.
Rhetorical devices sprint down the starless slope
flutter on their backs, fly up, thud against Orion’s Belt, explode.
‘I myself am language, nobody’s me,’ quotes the sky.
It’s what the thunder’s friend, a cave, once said,
according to the sea. According to the Earth,
the substance under everything we trust
is just a fossil tusk becoming dust
as all things must.


Gabe Foreman grew up in Northwestern Ontario. His first collection, A Complete Encyclopedia of Different Types of People (Coach House, 2011) was awarded the A.M. Klein Prize for poetry, and was shortlisted for the Concordia First Book Prize. More recently, he has read poems on CBC Montreal's Daybreak, and illustrated two books: Halifax Hal, by Nick Thran (Bayeux Arts) and The Rude Story of English, by Tom Howell (Random House). Gabe lives in Montreal where he manages a soup kitchen.