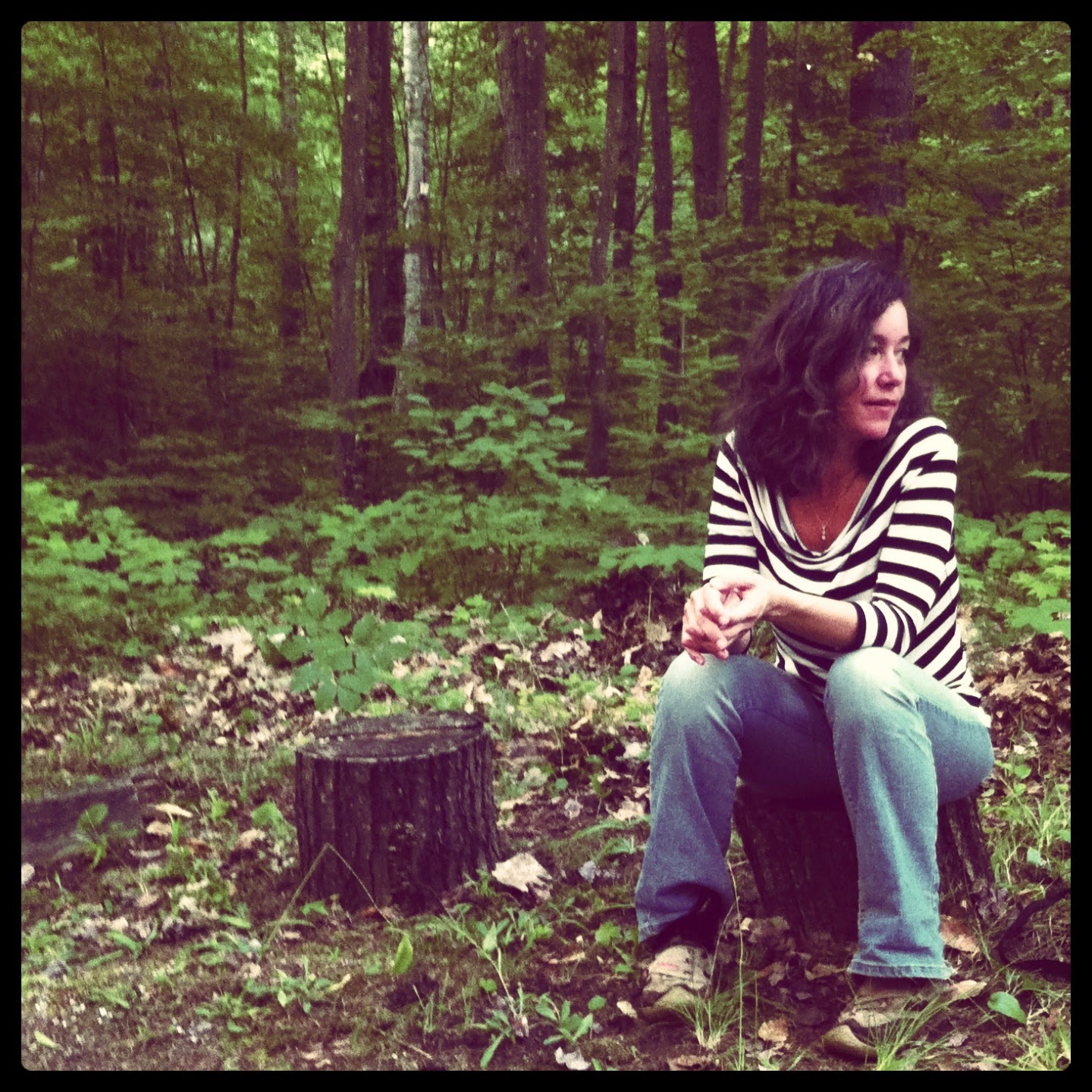 Several years after hearing first murmurs, then exclamations, about Sandra Ridley's evocative poems, I discovered them for myself. We met one summer afternoon in Tamworth, in the garden of Robert and Lorie Wright's bookshop. Sandra had stopped to take in a poetry reading on her way to a month-long retreat in the woods.

SUSAN GILLIS: What brought you to poetry – or, if you prefer, what brought poetry to you -- in the first place?

SANDRA RIDLEY: Poetry didn’t find me until I was in my twenties. Until then, I didn’t know what poetry could be, and even now, I can’t define it. Aside from “In Flanders Fields” and King Lear, I can’t remember reading any other poems in high school. Does that mean the curricula contained material that didn’t resonate with me or does that mean a faulty memory? I don’t know. The first poems I’m conscious of I came across while doing graduate work in Environmental Studies at York University. My thesis was on the sacredness of place. Part of my questioning at the time was how can we begin to save our spaces without first encountering the “sacred” within them—and, how can we express that in a meaningful way, outside the language of resource-based economics? That common kind of clear-cut language strips nature of its intrinsic value.

It was thrilling to read the work of nature poets like Annie Dillard, Diane Ackerman, Don McKay, Gary Snyder, Mary Oliver, Ralph Waldo Emerson, and Walt Whitman. Thoreau, too, seemed a poet to me. I partnered their work with the philosophies of walking. The walking part was important for me to consider as well. How else can we understand and speak of place, urban or more ‘natural’, without walking within it? Solvitur ambulando.

I realize almost all of the poets I mentioned are American, which in hindsight, is strange and unfortunate. I began to look at Canadian contemporary poetry after completing the MES program, and the world opened up for me.

SG: Your poems and poem-chains, if I can call them that, unfold the way a walk unfolds, over terrain that’s varied yet consistent, of a place. We’re somewhere recognizable, yet also surprising and new. Where does a poem start for you, and how does it develop? Are you conscious of language calling to you the way a certain place might, or does it begin more often with a subject, an idea?

SR: Language is informed by landscape. I’d even say that language is a landscape—or the poem is. For me, a poem needs to contain a particular place and time. It needs to somehow embody it on the page. This becomes its atmosphere, its emotive space, which then creates the trajectory for the narrative of the work. This is a roundabout way of answering you question. I suppose I’m saying that, being tethered to each other, both language and place frame my work.  I don’t feel them to be separate at all.

Tangible subjects and ideas do become embedded in the landscape of a poem, but they’re secondary for me. Those are the surprising for me. In thinking about a 1950s farm on the prairie, or a remote tuberculosis sanatorium, or a room in a Victorian house, my starting point was to imagine the mood of those spaces before considering who might be there and what might be happening. Narrative can build with small, fragmentary moments, which gather and open large, but it’s the landscape’s language that is the frame.

SG: What is inspiring you these days?

SR: The quiet of snow? To be honest, it’s been a rough couple of years with death and illness. And our planet is quickly turning into a dystopia. Inspired? I’m not feeling it these days but I’m looking for it, wanting to acknowledge it in its rare moments and to allow it in. I’ve been in a deep fallow period. No doubt some inspiration is here, but it’s impossible to recognize. I’ve been reading and thinking—walking and daydreaming. I may not be actively writing, but a thematic frame for a new serial work is slowly coming together. The collecting phase can be a long one.

Consider the interior landscape, the atmosphere, of a waxworks museum. Inside is a locked cabinet of curios. If you could open it, you’d find seemingly disparate ideas and objects: a handbook of ciphers; vintage images of Nikola Tesla’s Magnifying Transmitter for electrical power, fata morganas and St. Elmo’s fire; the Cottingley Fairies; diagrams of automaton clocks and windup toys; photos of Victorian séances and diaries of the scientist sceptics within the Society of Psychical Research; the spiritualist essays of Sir Arthur Conan Doyle; and the head of Edward Mordrake, a 19th century nobleman born with two faces, his own and that of a woman who would whisper hauntings to him at night, bringing on his madness. The trick for me is to figure out how or why they were all placed in the cabinet together. That’s the key to the lock. If I can find the key, and with the atmosphere of the waxworks museum already set, the poems will start to write themselves.

Sandra Ridley is the author of three books of poetry: Fallout (Hagios Press), Post-Apothecary (Pedlar Press), and most recently, The Counting House (BookThug). She has taught poetry at Carleton University and has mentored poets through Ottawa Salus and Artswells’ “Footprints to Recovery” program for people living with mental illness. Sandra has also facilitated poetry workshops for the City of Ottawa, Ottawa Public Library, and the Tree Reading series. Read an excerpt of her long poem Vigil/Vestige here.