June 23, 2014
Over and over it happens: I read a Czeslaw Milosz poem I find a bit stolid, maybe even bland, in its imagery and language, and then discover in it crystalline forms, flakes, shards, layers of insight and poetic knowing that just floor me.

A recent example of this is "You Who Wronged" (from the Ecco Press Collected). As I followed what it was saying--warning a powerful despot about his wrong actions and the eventual inevitable consequences; revealing the motivation of those who serve and uphold him; indicting him in a severe judgment at the end--I found myself asking, how can a poem whose language and images are largely generic, even clichéd, amass such chilling force?

This question compels me for several reasons. For one thing, the poem presents an immediately recognizable political type, in strokes so broad and accurate they could be caricature. For another, it serves as a reminder of the risks we face when we surrender power to those who eat it up with such zeal. And it makes poetry itself, in the form of the poet, witness and eternal archivist of the political.


Do not feel safe. The poet remembers.
You can kill one, but another is born.
The words are written down, the deed, the date.

So how does it work? One line short of a sonnet, rhythmically regular and rhymed slant, the poem reads at first like a darkly comic fairy tale. The clownish accuracy of the portrait, spare as it is, is unsparing. The poet both depicts and addresses this figure. It's direct, but not specific: the cliché "pack of fools" surrounding the generic you "who wronged a simple man"-- it happens everywhere, every day, the powerful taking advantage of the powerless. "Bursting into laughter at the crime"--the depiction is cartoonish. What is the crime? Who are the people? We can surmise, but all that's named in the poem is their relation: power in relation to simplicity, arrogance to victimhood. We aren't shown the wronged man at all, only the tyrant's callous pleasure in his power. The poet accuses, calling the act a "crime," and my sense is that the tyrant wouldn't deny it, or recognize the name, or care. In levelling the accusation, the poet allies himself with the wronged man, speaking for him individually and by extension collectively, for all the wronged, himself included.

The portrait builds: the tyrant does injury and laughs about it, and surrounds himself with lackeys -- the "pack of fools," the poet's bitterly dismissive term -- to do the dirty work, to "mix good and evil, to blur the line," a wonderfully almost Miltonic description of what we might now call spin, though the implications run deep. There is something of the set piece about this first stanza; the mixing and blurring also bring to mind scenes from Macbeth, adding kinetic and allusive heft to the generic portrait.

The next stanza introduces a limiting clause, complicating what is still a single sentence. The despot and his actions fully acknowledged, now comes a caution, a condition. The list of attributes is as generic as those of the first stanza: "everyone" bestows honour on him, medals carry his likeness, but the last line shifts focus, as it makes it clear that the people pander to him because they fear him; they have bought their lives and paid for it with their freedom.

And the poet knows it, and says it. The third stanza opens with an imperative, the engine of this eight-and-a-half-line sentence: "Do not feel safe." You can suppress a dissenting voice, the poet warns, but another will rise in its place, to record your actions and call you to account.

And he is uncompromising in judgement. Particulars are named in the closing stanza: "you'd have done better with a winter dawn,/A rope, and a branch bowed beneath your weight." The generic is elevated; the poem stuns. 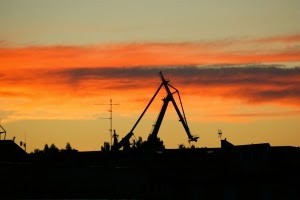 According to Nicholas Wroe, writing in The Guardian (10 November 2001), "Milosz wrote these lines in 1950 when working in the Polish diplomatic embassy in Washington....The final, bitter stanza ... leaves little doubt as to his profound and angry disillusionment with what had become Stalinism, even though it was not a poem written for publication. 'I was following the situation in Poland and I was quite desperate,' [Milosz] now says. 'But it was written for myself, for my drawer. It had to wait 30 years for its moment.' "

Read "You Who Wronged" here. 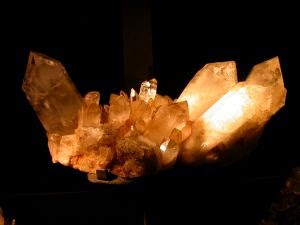 All photos courtesy of Stock Xchg