In Conversation with Gjertrud Schnackenberg: Part Two, The Visible Song 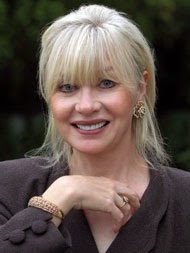 Awhile ago I asked Gjertrud Schnackenberg how poems come to her. Our conversation took several engaging turns. Here, in part two of a continuing series, she talks about making the music visible.

SUSAN GILLIS: There is a readily-heard quality in your work of the incantatory that often seems to propel it forward. You have mentioned that your process involves writing reams that are eventually discarded—this suggests to me that incantation itself, engaging in it, is part of what calls the poem into being. Is it fair or accurate to say a poem begins, for you, as a gathering of sound?

GJERTRUD SCHNACKENBERG: Several kinds of neuro-magic -- figurative blindsight, rapt listening, attunement, and physical remove -- are preconditions of poetry, for reading and hearing it as well as for writing it. Blindsight takes precedence over listening as a precondition for poetry, because visual imagery is the foundation of metaphor (I should say I mean figurative blindsight rather than the affliction caused by an injury to the neocortex: I mean the inner formation of images, conscious and unconscious, seen and unseen, there and not there).

Because sound is not metaphorical, or at least is not a building block of metaphor, it is fair to say that sound is ancillary to imagery in poetry;  but it would be massively difficult for a poet to divide the inner formation of images from the inner formation of sounds -- like trying to divide the two sides of one piece of paper, with imagery on the obverse side and sound on the hidden, reverse side (for me, the Homeric phrase about the ability of the blind poet Demodocus to make visible the song [Odyssey, viii, 499, trans. Gregory Nagy], is like a vision of holding that indivisible piece of paper to the light and seeing sound pouring through from the other side).

Even poetry’s sounds became spectral when the technology of writing was invented and poetry migrated from a sheerly oral-auditory existence into the even stranger, apparitional, silent world of written words.

As if a wand were waved over it, its sound became “sound” (sound-in-silence, silent sounding), and its voices became “voices,” its out-loudness evaporating into a secondary, alternative world of unheard music, neurological and interior -- although still available for being said or sung aloud.

But the writing of words as visible marks on the page still does not give a material, physical status to words, which still are intangible entities even when written and visible. And other strange properties of sound contribute to the aura around a poem:  sound’s invisibility intimates a spiritual presence (no wonder poetry, like music, is so spiritual and religious an art form): to speak in the Homeric religious vocabulary, we could say that the sound is where the gods are.

And yet, of course, despite its invisibility, intangibility, and apparent immateriality, sound has a physical impact on us (and music can make our eyes stream, I don’t know why) -- its waves in poetry and music are physical emanations, bending or liquefying or brushing the air, whether barely touching our ears -- The wild waves whist -- or hurtling Homeric lines like spears striking into us.

The sound of a poem is also a natural outcome, a part of the world-sound, and as such evinces spontaneous truth, a “ringing true” as genuine and ingenuous as, again, the sounds of a buzzing beehive. And sound in poetry isn’t, or isn’t only, an aesthetic pleasure: a poem’s sound is its duende, delivered to us as if by a needle and syringe that injects its truths directly and instantly into our bloodstreams.  Listen to the duende of Joseph Brodsky:
www.youtube.com/embed/xkBAai34uO0?rel=0

The marble portrait of the blind Homer in the Capitoline Museum in Rome is a portrait of rapt listening, carved in Pentelic marble, dated to the second century BCE, and attributed to Anonymous. (Pentelic marble -- but to me the stone looks like fallen meteorite;  anonymously carved -- but to me, it looks god-carved.)  The intangible states of blindsight, rapt listening, attunement, and physical remove are here tangibly inscribed in stone -- I can almost see the intangible lines of the invocation in Book II of the Iliad forming in mid-air before him, making the song visible:

I think the purpose of this rapt listening amounts to a moral (not a moralizing) purpose of poetry:  the poet is asking the immortal gods to tell him the names of long-dead, forgotten, vanished mortals, so that -- by means of ephemeral sound and intangible words -- he can recall their existences back to the present moment and set their names into the music of his poetry; if I may try myself to phrase this prayer, he is saying: Flood me with their names.  In fact this undertaking -- to remember and tell the tales of the deeds of others -- is the reason for the Iliad.  Homer is fulfilling the life-devouring desire of Achilles, that his glory be told in poetry, a desire so cosmic for Achilles that he willingly and deliberately curtails his life in order that this fate-in-poetry will be accomplished.  Achilles wants his tale to be set to poetry and music, and to be heard.  And Homer, in the presence of the gods, voices it.

(And then, because Homer is a truth-teller with more unsparing truths to tell, he goes on to give glimpses of the story-of-the-telling-of-the-story, that is, he provides glimpses of the deathless fate that Achilles has chosen: in the Odyssey, he pictures Odysseus witnessing the way that the reality of that agonizing war turns into a diverting tale with which to pass an evening after a feast, a piece of poetry set to music and performed for future strangers untouched by that war -- and we recognize that in reading these epics we are among those strangers who sit unaware with the disguised Odysseus).

But I do know that setting tales of human passion to music is the absorbing concern and unfathomable work of poiesis; and that poesis is recombinant, weaving together the tales of others’ passions with our own passions to create an inexplicable fabric of sound which, at singular moments, is made visible and held up before us.

And I do know that poiesis -- if nothing else, and for whatever reason, or perhaps for no discernible reason -- lies beyond all analysis as a sheer fact of creation.

Read the first part of our conversation, Unstruck, here.