So Many Someones: Wislawa Szymborska's The End and the Beginning

The Last Post, the moment of silence (smell of Dustbane in the school auditorium, soft breathing nearby, a throat cleared, stiff rustle of wool sleeves, the gym floor creaking lightly), the act of remembrance. 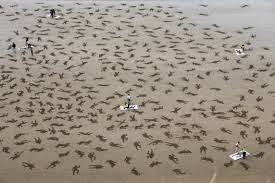 "In Flanders Fields" again instead of Wilfred Owen. A felt poppy on a collar. The rows of shining medals, the poppy as badge,  ceremonies that celebrate it all, glorification of war as itself, as enterprise. 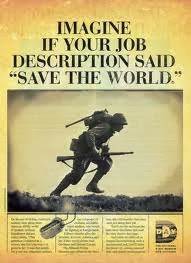 I can’t decide if this poem by Nobel laureate Wislawa Szymborska makes me want to wear a poppy (“But already there are those nearby/starting to mill about/ who will find it dull”) or not wear a poppy (“Those who knew /what was going on here /must make way for/ those who know little”). 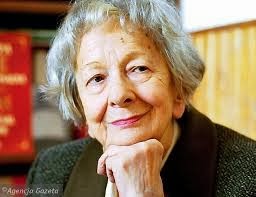 It's recognizable Szymborska: the typical direct-seeming understatement underpinned by sharp images, at moments brutal in their straightforwardness. I find it heavier-handed than many of her poems. The wagons, the scum, the unsevered head; the dragging, the glazing, the rehanging of doors. A galvanizing moment, the one instance of passive voice in this poem: "sleeves will go ragged /from being rolled up."

Those rusted-out arguments that keep being unearthed.

The grass and sky. The silent contemplation of.

The End and the Beginning
Wisława Szymborska, translated by Joanna Trzeciak

After every war
someone has to clean up.
Things won’t
straighten themselves up, after all.

Someone has to push the rubble
to the side of the road,
so the corpse-filled wagons
can pass.

Someone has to get mired
in scum and ashes,
sofa springs,
splintered glass,
and bloody rags.

Photogenic it’s not,
and takes years.
All the cameras have left
for another war.

We’ll need the bridges back,
and new railway stations.
Sleeves will go ragged
from rolling them up.

Someone, broom in hand,
still recalls the way it was.
Someone else listens
and nods with unsevered head.
But already there are those nearby
starting to mill about
who will find it dull.

From out of the bushes
sometimes someone still unearths
rusted-out arguments
and carries them to the garbage pile.

Those who knew
what was going on here
must make way for
those who know little.
And less than little.
And finally as little as nothing.

In the grass that has overgrown
causes and effects,
someone must be stretched out
blade of grass in his mouth
gazing at the clouds.